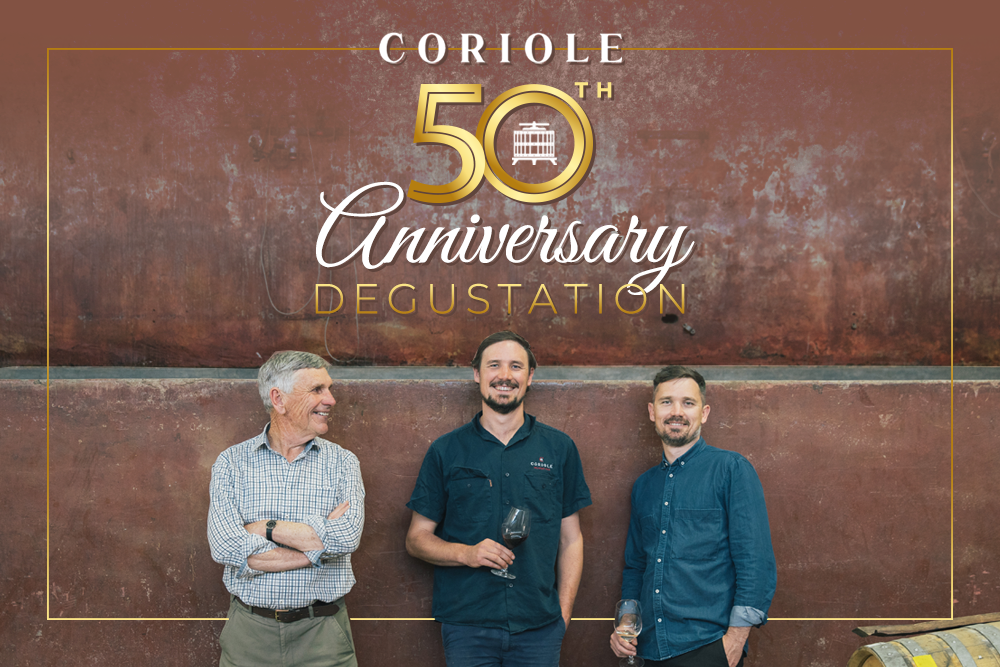 Coriole was founded by Hugh and Molly Lloyd in 1967, and they released their first wine in 1969. The Estate is still owned by the Lloyd family and is now managed by Mark and Paul Lloyd. Like the Lamont’s family, they have a tremendous passion that links them to their family heritage and tradition, and what their family has created. We are honoured to be celebrating their 50-year anniversary at Lamont’s Bishops House.

Situated in the undulating hills of the densely planted McLaren Vale region just within sight of the sea, the original farmhouses were built in 1860 and the original vineyards were planted in 1919.

Shiraz is the great tradition of McLaren Vale going back over 150 years, and is the major variety planted on the estate. Coriole has been an Australian pioneer of Sangiovese and Italian varieties since 1985. If you are fascinated by Old World Italian grape varieties and have a love affair with McLaren Vale Shiraz, then this wont be an evening to miss.

“Coriole has firmly etched itself into McLaren Vale consciousness, producing intense but serenely balanced wines from the region’s most prolific varieties – shiraz, cabernet sauvignon, grenache – but they have long been an innovator, too. Leading the charge with sangiovese in the 1980s, Coriole now make a raft of wines from heat-tolerant Mediterranean varieties – fiano, montepulciano, nero d’avola, piquepoul, for example – leaning on mid-weight styles that score high for drinkability and food friendliness.” – Young Gun of Wine